Q. How do I cite an appendix in text using Harvard WesternSydU?

An appendix will go at the end of your essay or report and before the reference list. All items that are placed in an appendix must be cited in the body of your essay/report as Appendix. If there is more than one appendix, distinguish them using letters or numbers e.g. Appendix A, Appendix B or Appendix 1, Appendix 2 etc.

… Appendix A contains a breakdown of average weekly spending which reflects… …There is an emphasis on the current rate of government spending in interviews… (see Appendix B). 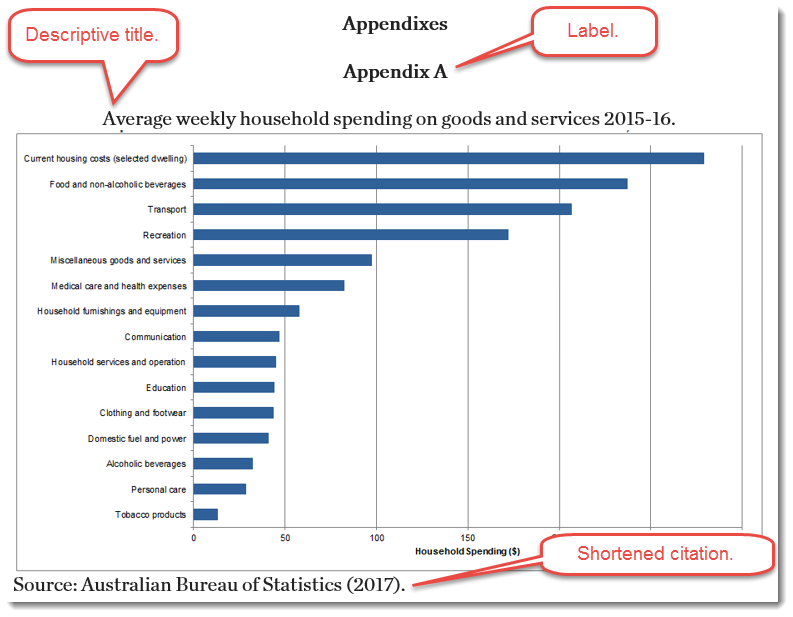 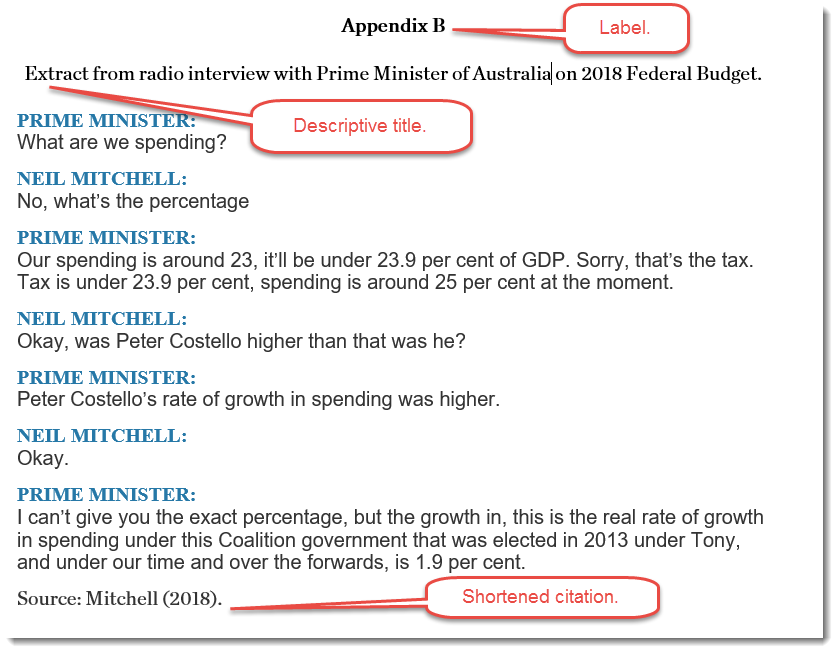 The full citation is placed in the reference list in alphabetical order by author with all other references from your essay or report. 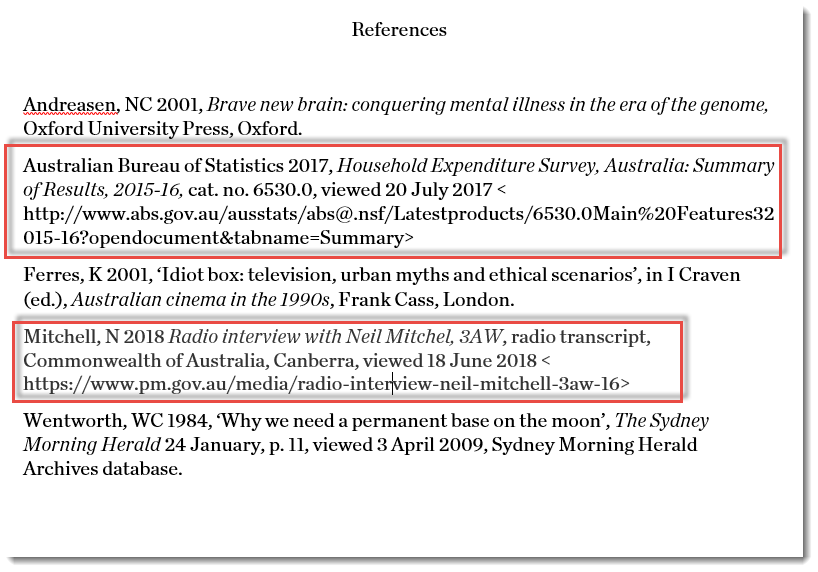